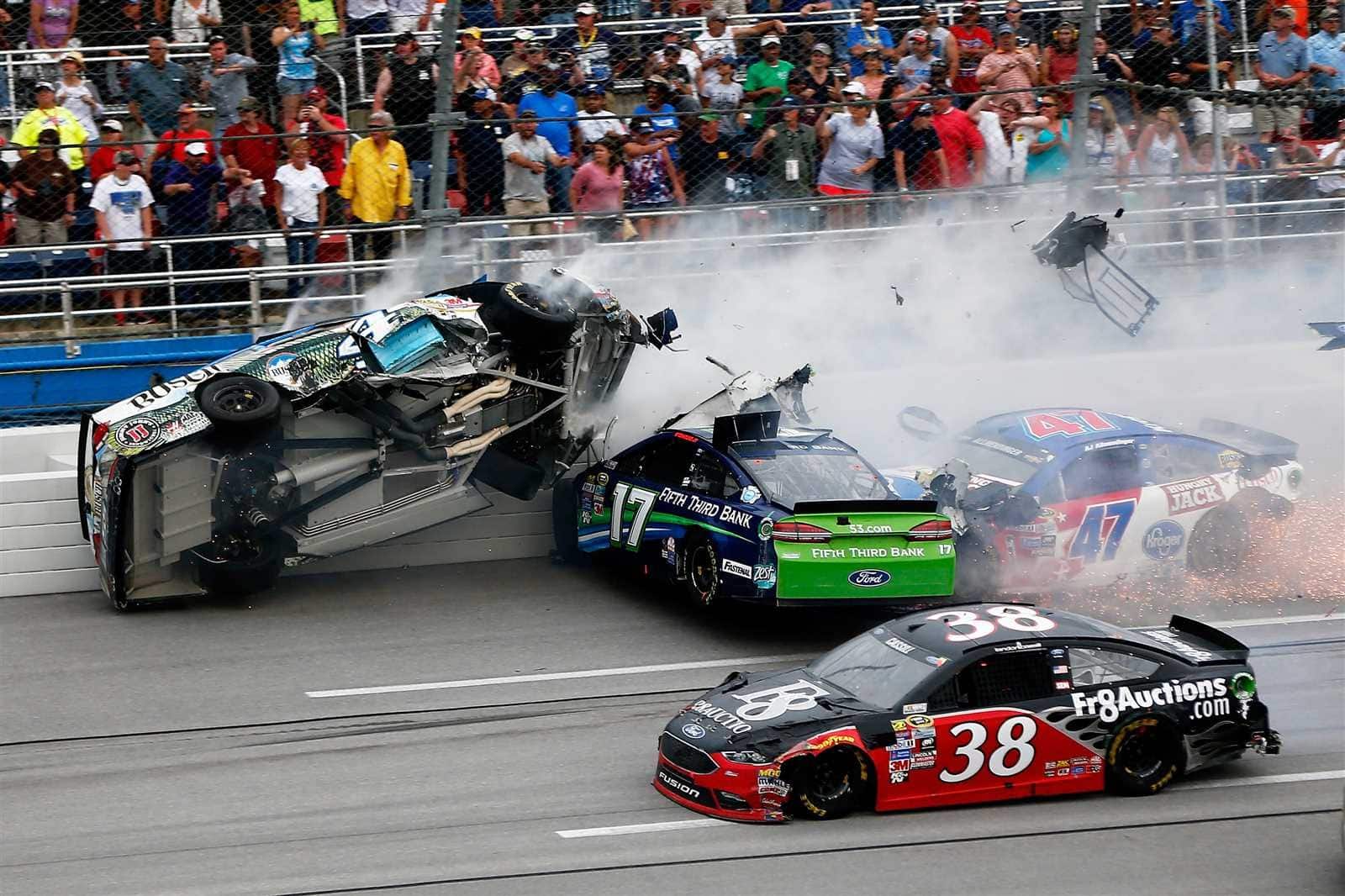 NASCAR and safety are words that rarely appear in the same sentence. After all, if you’re a fan of racing, you’re in it for the adrenaline rush of slick 100+ MPH speed, not because you like watching people drive normally.

The workplace injuries at NASCAR can be easily related to the same issues local and international businesses deal with on a daily basis. Makes work seem more exciting, huh?

When you think of workplace injury in relation to a sport like NASCAR, the answer seems as clear as a racecar with an engine engulfed in flames. We’ve all seen footage of a NASCAR driver crashing into a concrete wall or flipping five times over in a mess of scrap metal.

Those are all very dangerous for the drivers, of course, and can be very detrimental to their physical well-being. What about the pit crew? The announcers? The fans themselves? Their roles in NASCAR races have dangers of their own.

One of the biggest potential causes of injury?

It’s not as glamorous as crashing a racecar, but then again, workplace safety isn’t supposed to be glamorous.

According to USA Today, hearing loss is now America’s most common workplace injury, as 22 million workers in this country are exposed to hazardous levels of noise every year. Those working along the revving engines and the booming voices over the speakers on the NASCAR track are no exception.

Worker’s compensation for treating hearing loss costs businesses and organizations a pretty penny. So what can be done to save the employee’s ears and the organization’s bank balance?

Instill awareness in your employees on a personal level

Assure the proper safety protocol is being observed

Another cause of injury at NASCAR?

According to an article published by The Law Offices of Goodwin & Scieszka, NASCAR has recently agreed to a settlement with Allen Davis, a fan who received a brain injury from flying debris at a 2013 Daytona race. A car lost control during the final lap and debris from the collision with the catch fence hit Davis on the head, causing a traumatic brain injury that will require him to have special treatment for the rest of his life.

This is not the first time NASCAR has been involved in a personal injury lawsuit. No business, no matter how exciting, wants a reputation of being dangerous for even the customers to be involved in.

How can NASCAR, and workplaces in general, do better when it comes to debris-related injuries?

Practice appropriate safety measures for venues open to the public

Allow a proper outlet to report workplace injuries, such as iReportSource, to help prevent the same injuries from happening again

When you’re in a field of work such as NASCAR, it’s to be assumed that risk is all part of the job. Crew members certainly don’t go into the job with the idea that there aren’t risks. There has been more than one case of a pit crew member being hit by their own cars, and that’s not where the risk factors end.

While there are precautions that should be taken into further consideration, employers should take notice of one of NASCAR’s greatest safety strengths. They’re aware of the dangers involved in the sport, and have proactive safety hazard planning to prevent accidents, as well as taking advantage of safety technology available to them to keep their crew members as safe as possible.

Workplace safety reporting applications like iReportSource make reporting safety violations and workplace-related injuries easier for both the employers and the employees. There’s always something that can be done to make even the wildest workplace a little safer for everyone.