How to Reduce Serious and Fatal Injuries: A New Safety Paradigm 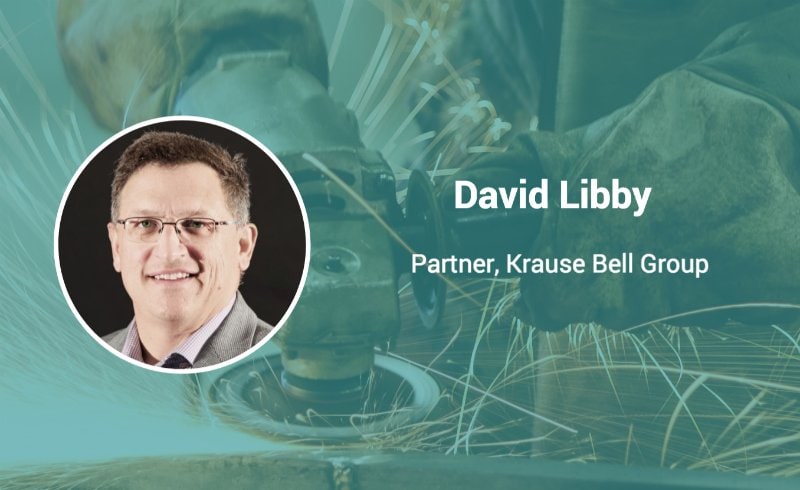 It was nearly a decade ago when Kristen Bell and Dr. Tom Krause saw a disturbing trend: They saw that while most companies were reporting recordable injuries on the decline, serious and fatal injuries were not decreasing. Instead, the severe and fatal injuries had just been flat, or in some cases, even increasing. Dr. Tom Krause, alongside collaborators from 9 global organizations, sought to explain why this was happening. “The question was asked, how and why is that the case?” explains David Libby. Libby is a Partner (alongside Bell and Dr. Krause) at Krause Bell Group. We spoke with Libby about the old safety paradigm and the new safety paradigm—and why the new safety approach matters for companies. (Krause Bell Group’s approach to safety and leadership bridges industry experts and data-driven research to develop practical solutions and new insights for clients.)

After the study was conducted, Bell and Dr. Krause concluded that the trend was a result of differences in the situations leading to serious and fatal injuries compared to other types of injuries. Just as important, they saw that strategies that reduce “smaller” injuries don’t have the same impact on serious injuries, explains Libby. It was groundbreaking in that the assertion challenged safety pioneer H. W Heinrich’s belief that the predominant causes of the less severe accidents are the same as the causes of more severe accidents. This concept is often described as Heinrich’s safety triangle—a triangle (or pyramid) that shows near-misses at the base of the triangle, minor injuries in the middle, and major injuries at the top. “In that way, the triangle represents that there are very few serious injuries and fatalities at the top,” adds Libby.

Libby explains that, in simple terms, the old safety paradigm is characterized by Heinrich’s beliefs: the idea that injuries of low severity have the same potential to be serious as those that we’d classify as high severity.

This approach also says that injuries of differing severity have the same underlying causes. “The old [safety] paradigm, one that has been accepted for decades, would say that one injury reduction strategy will affect injuries across the board. It would argue that if you reduce the ‘small’ ones, you’ll reduce the larger ones at the top, too,” explains Libby. The effect of that paradigm has been positive, in some ways, points out Libby—because it has helped to, in many cases, put investments in safety and build awareness.  Looking at injury rates as Heinrich’s triangle is better than not measuring anything at all. But it has also been negative in other significant and meaningful ways in terms of preventative measures in safety. First, it can elevate the trivial in a company because it’s treating all injuries similarly. Second, explains Libby, it had the undesired effect of creating a “creative classification of injuries.” Along the way, people within organizations have discovered that one way to control the numbers is to classify them in a way that makes the numbers look better. A separate, but closely related problem: if the company is trying to get every number to be perfect rather than focusing on where it really counts. Just one result of this: Labor organizations see this and they object to it. “It has caused a kind of cynicism among people that we’re not really doing what we should be doing,” says Libby.

The work of Krause Bell Group demonstrated that the traditional approach to safety improvement is not as effective as it could be. “For decades, the strategy was to reduce exposure at the bottom of the safety triangle in hopes that serious and fatal injuries would follow. Today we know that a top-down strategy would be more effective,” says Libby. In this context, the new paradigm is this: that minor injuries have different causal routes, characteristics, attributes, situations, and activities than more major or severe injuries and incidents. “This new safety paradigm also recognizes that they are different kinds of events. Reducing the minor injuries will not necessarily reduce injuries that are more severe in nature. And, in summary, if all your organization’s effort is put towards reducing smaller injuries, but not reducing serious and fatal injuries, something is wrong.” The new safety paradigm says that it requires a different kind of strategy and that strategy should be led by the notion of precursor events and the identification of those precursor events, adds Libby. Unlike the old approach, the effect of the new paradigm includes:

And, of course, this new paradigm also includes lowering the rate of serious injuries. The analysis done by Krause Bell Group has helped hundreds of companies their thinking. Today, true safety leadership starts with serious attention going towards identifying, understanding, and implementing prevention efforts for serious injuries and fatalities.

A new safety paradigm starts with prevention. iReportSource helps reinforce a safe workplace through easily recording leading indicators–that is, your proactive activities to engage employees and build a stronger culture. Learn more about how you can easily and quickly complete near-misses, site audits, and the FROI immediately onsite with iReportSource.