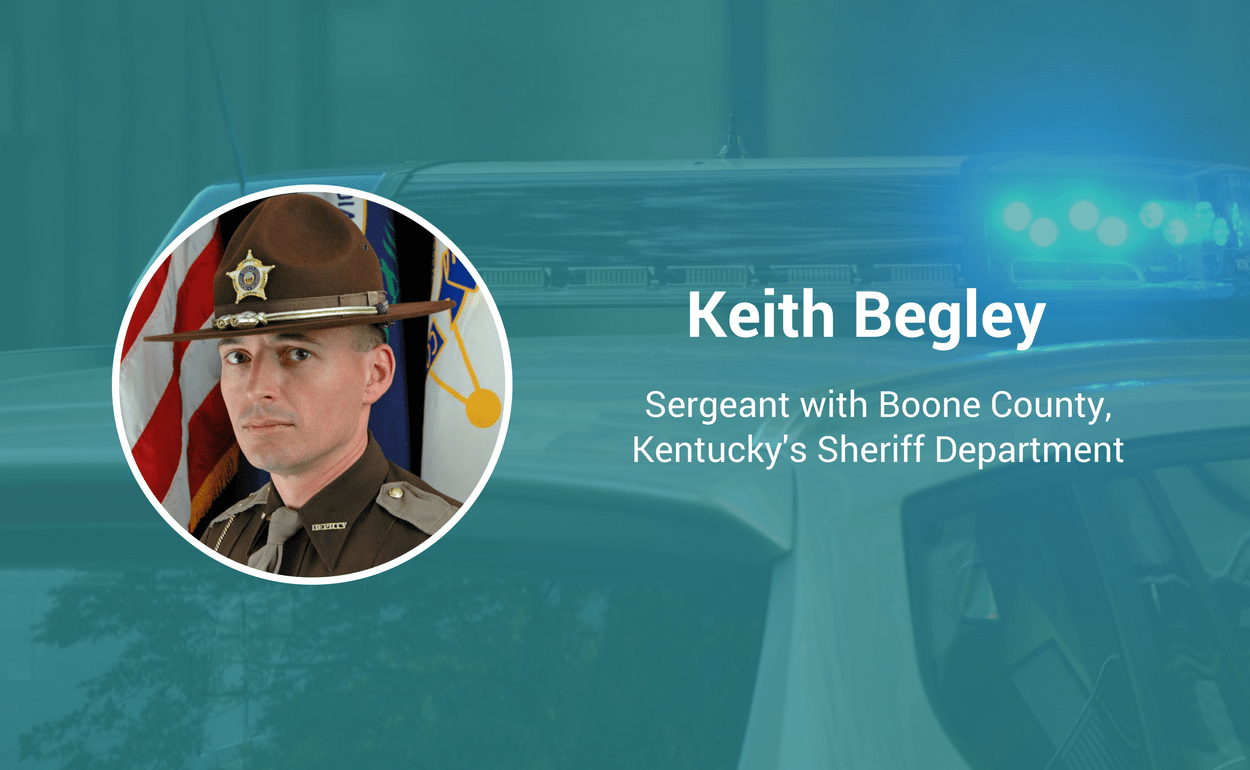 A recent analysis from the FBI showed that we now have one active shooter incident every three weeks in the US. It’s a shocking and unfortunate statistic, but it highlights the importance of prevention and planning for workplace violence.  Workplace violence can impact anyone, in any work setting across all levels of a business.  It also shows the importance of becoming educated on personal safety in the workplace. During the Northern Kentucky Chamber of Commerce’s recent Safety Forum, Keith Begley, a Sergeant with the Boone County Sheriff Department, spoke how to plan for an armed assailant in the workplace. Keith served seven years active duty in the United States Air Force, where he also attended The Community College of the Air Force. After the Air Force, he spent time with the Cincinnati/Northern Kentucky International Airport and then moved to his current role, where he has been for 13 years. His talk was largely based on the Department of Homeland Security’s Run, Hide, Fight Program. Let’s take a closer look at Sergeant Begley’s recommendations on how to prevent and plan for an active shooter at work.

Stepping Back & Looking at Your Personal Safety at Work

Why prepare for violence in the workplace? Preparation provides us with greater options and more resources to respond if something were to occur one day, explains Sergeant Begley. “The intent is not to be a doomsday prepper, but to make you think,” explains Sergeant Begley. There are no guarantees, but taking steps to prevent and plan for an armed assailant can increase the chance of survival for those involved, he said. Don’t make the mistake of thinking, “It won’t happen to me…” As much as we’d all want to think an active shooter at work would never happen, it’s that mentality that can actually result in (avoidable) death and injury.

Preventing Active Shooters & Other Acts of Violence At Your Workplace

Has someone at work brought a weapon to work (in a situation where that would not be the norm)? Is there a person who appears to be holding a strong grudge against someone at work? Is there someone who has shared they are having homicidal or suicidal thoughts? Or, is there someone who has made verbal or other threats to a colleague? These are just a few of the warning signs of potential behavior changes that could become problematic. Be sure that people know some of the potential red flags connected with an active shooter or workplace violence in general. Make sure that any unusual and/or volatile behavior is not simply “put up with.” Red flags are just that; It may not mean someone is going to be violent at work, but they should garner more investigation, rather than be ignored.

2. Be aware of ‘high risk’ situations.

As stated, many employers don’t take the necessary steps to properly plan for workplace violence, but even fewer actually rehearse the plan. Practicing the plan (physically and mentally) allows you to see the potential flaws and make corrections. In addition, going through the planning process can actually help education and inform workers, which in turn, can help stop violence from even occurring in the first place. Remember that planning for workplace violence won’t make it more likely to occur—if anything, the opposite is true. If you haven’t already, be sure to adopt a zero tolerance policy when it comes to workplace violence. That way, all workers can know this kind of behavior is never acceptable and will never be tolerated.

4. Make sure any and all violent incidents have a way to be reported and recorded.

Educate your people as much as you can, Sergeant Begley. But also be sure they know of ways that unusual behavior or actual violence can be reported. They should all know the procedure for reporting and logging of any incidents or threat of workplace violence. As an employer, be sure to report any and all violent incidents to the police as soon as possible. Be sure to investigate all incidents and take action as needed.

What To Do If It Happens

Sergeant Begley explained you need to be prepared for the worst. The plan doesn’t have to be complicated. If you in the middle of an active shooter event, consider 3 things can make a difference: Even though panic may be setting in, the first action you want to take is to run away from the active shooter by finding an escape path. Others may insist on staying, but if you can leave the area, do. Remember what is important: you. Don’t worry about leaving behind important work tools or equipment. Also – if your co-workers won’t go, leave without them. Once you are out of the line of fire, prevent others from entering the area. Then call 911 when you are safe. If you are unable to exit the area safely, it’s time to find a place to hide. Aim to act as quickly and calmly as possible. Look for a place where you can be out of the shooter’s view. That may mean hiding behind a large object. Turn out lights, if possible. Lock doors and even silence your phone, says Sergeant Begley. Do you best to remain quiet. At this stage, when it’s impossible to flee or hide, it’s time to improvise in order to save your own life. Said another way, as a last resort, and only when it is your best option to save your own life, it’s time to act with physical aggression. Attempt to incapacitate the shooter. Look for what you can use as a weapon, and commit to your actions. Other key tips Sergeant Begley shares to help you save lives:

Safety isn’t just the responsibility of the Safety Manager or HR Director. With iReport, you can put the tools your employees need to report potential hazards, near-misses and incidents, making everyone accountable for safety prevention and reporting. Make it easy to ensure safety is a core tenet in your culture with iReport.