How to Prepare for the Future of Safety 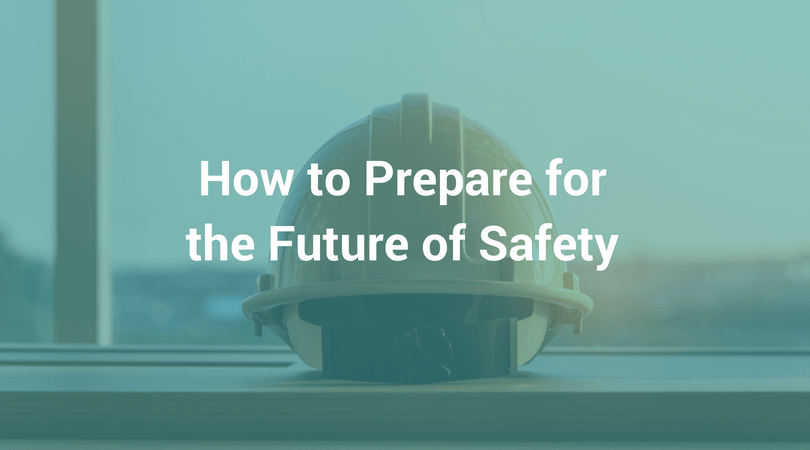 “Industry 4.0 is upon us,” says Terry Mathis, Founder/CEO of ProAct Safety. ProAct Safety helps companies to achieve and sustain safety excellence through safety strategy, leadership, safety coaching, and behavior-based safety. Mathis has served as a consultant and advisor for top organizations around the world. He’s written five books, numerous articles and blogs, and EHS Today has named him one of the “50 People Who Most Influenced EHS” four times. “It’s time for Safety 4.0 to develop,” says Mathis. If that’s the case, how do you prepare your safety efforts, and your safety leaders, for the challenge that’s upon us?

Mathis says many companies have evolved tremendously today in terms of how they manage safety. But we’re about to enter another evolution with just as much, if not more, change. “We’re in the Fourth Industrial Revolution, and it’s going to revolutionize safety, too. We’re going to see incredible change over the next few years due to technology,” says Mathis. Examples of emerging technologies for safety and health include:

The Future Of Safety Is Looking Up

“I don’t expect that this phase—which may last at least 5 or 10 years—will be about replacing humans with machines. I think it will be more about augmenting human performance with biotechnology,” says Mathis. It’s true some roles will be lost to machines, but not as many as some are speculating, predicts Mathis. Just one example: Dow Chemical has thousands of confined space entries every year. Last year, one third of them were completed using robots. In this example, the robot can replace the person who was previously going into the tank, but there is still a person operating the robot. “So that technology didn’t replace the job, it just changed the dimensions of the job, and made it much safer,” says Mathis. Another example: how drones are being used for inspections. The worker who would have been doing an inspection, 800 feet in the air, isn’t being replaced; instead, he or she is on the ground, flying the drone. It’s safer for workers and it can be more cost-effective.

Does This Mean There Will Need To Be A Change in Skillsets?

In general today, younger generations’ manual skills aren’t as sharp as prior generations. But the reality is, instead of having people swing an ax, the next generation will need to operate a robot that swings the ax, says Mathis. In this way, it won’t matter that their manual skills aren’t as practiced as prior generations. In fact, Mathis anticipates that younger generations will be much better suited for many of the tech-driven changes headed our way. “That’s actually very encouraging to me, because I’ve felt like we’re mechanizing jobs away at an alarming rate, and we’ve got a generation coming up that can’t fill the jobs we have now. I think Industry 4.0 has good news for both of those particular issues,” adds Mathis.

Preparing for the Future of Safety

“Safety is going to be set on its ear with this new technology,” predicts Mathis. To prepare, one of the first things safety leaders can do is become more educated on all the offerings and emerging technologies for safety and health. Before purchasing any drones, robots, wearables, sensors, or smart PPE, you’ll want to be able to prioritize needs based on your strategy. “Strategy is much needed in safety, where all too often the efforts are a group of programs directed at lagging indicators. Strategy recognizes that success is more than avoiding failure, and outcomes are the result of processes and performance,” he says. The place to start will be a strategy that helps workers to do their jobs each day, more safely.

Safety leadership will evolve as new tech is adopted. “Leaders will need to develop and improve workers, not merely direct them,” says Mathis. This may also include:

“Workers will need to have a vision of what success looks like with the adoption of each new item, as well as a working knowledge of its operation.”

Be ready for workplace norms to shift, too, to support the workplace realities. One of the major ways this could change: the way we communicate at work. We may see more and more online communities and digital communities. (Arguably, in some industries, this shift has already started.) “Even direct contact may be more centered on new technology than on traditional job skills,” says Mathis.

In the new world of safety, lagging indicators won’t be sufficient. Mathis says a more balanced and effective scorecard would include things that measure, at minimum:

These scorecards will also assess how safety drivers (leadership, training and onboarding) influence the other metrics. Put simply, advanced metrics will show how all of these metrics are connected, and they may even be predictive in nature.

Changing Health & Safety As We Know It

“Many companies have asked me things like, ‘What is the proper rotation in this particular climate to keep people from getting dehydrated or having sunstroke?’ The answer is pretty complicated,” says Mathis. “You can make a generalization, but it’s different for every individual.” But Mathis points out that there is a wearable device you can buy, for less than $100, that measures whether or not an individual is dehydrated or too hot in real-time. “That’s another example of the kind of technology that is just going to really make a huge difference in safety, in the near-future,” says Mathis.

Lay the Foundation for a World Class Safety Program

With iReport, you can easily collect the data you need to understand your leading indicators. That way, you can understand your highest risk areas and take meaningful action to prevent future accidents. Learn more about improving performance, lowering your risk and staying compliant with iReportSource today.