How to Apply the Hierarchy of Controls to Keep Workers Safe 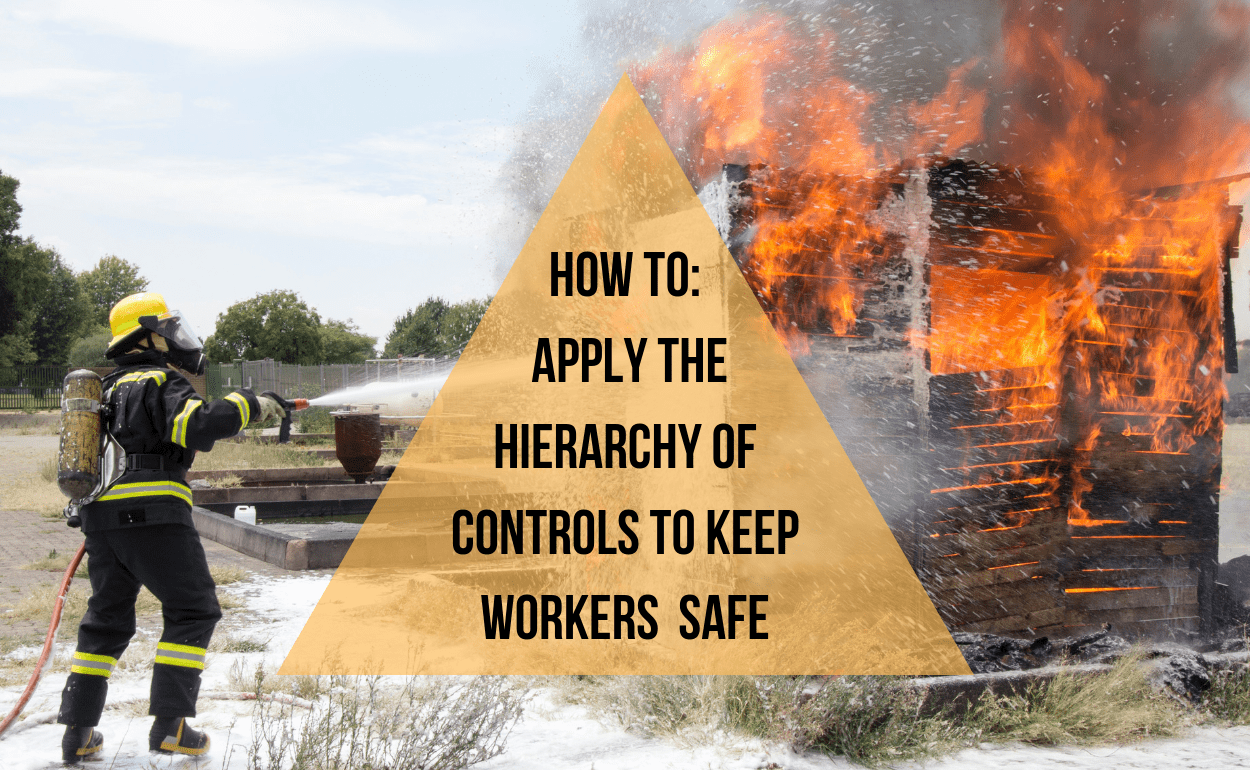 The hierarchy of controls is a system that guides leaders to choose the most effective and permanent ways to remove hazards in the workplace. The goal is to eliminate hazards entirely if possible, but if that can’t be done, the hierarchy framework it used to  minimize the hazards.

There are 5 controls that are a part of the hierarchy framework, which enables prevention through design.  In order of priority, those include:

The framework should be used by starting with elimination and if not possible, then finding a substitute solution and so on. This hierarchy of controls is a useful way of looking at how to assess and prioritize hazards for controls so you can take the most effective steps to protect workers. Let’s dig deeper.

It’s true: Hazards can be found on almost every work site. They can be hazards that cause immediate injury, illness, or death, or they can be psychological, biological, chemical, or ergonomic hazards. The list goes on and on.

When we take the time to identify hazards, it’s the first step towards being able to assess, rank, and do our best to eliminate the hazard’s ability to do harm and/or reduce its potential to cause harm. The hierarchy of controls provides a methodology of best practices for the best outcome.

Let’s look at each level of control when it comes to protecting against those identified hazards:

While it may sound obvious, completely eliminating a hazard is always going to be the most permanent and effective way to increase safety on a work site. That’s why it should be prioritized, and after all, it’s your responsibility and obligation to do so. Still many times, for a variety of reasons, that’s not the first place safety leaders look when looking to reduce risk.

Adam Hill, Vice President at Cincinnati Children’s Hospital Medical Center (an international leader in pediatric medicine, research and education) says Cincinnati Children’s takes a comprehensive, system approach to safety. With safety in their DNA, the organization has many examples where they’ve implemented the hierarchy of controls (though they don’t call it that in implementation).

One simple example has been in environmental design, says Hill.

Monitors had been placed at head-level in a newly designed space on campus. Soon after, a risk was identified: that there was the potential for workers to hit their heads on them during work.

“The monitors were then removed and placed in an alternate location to eliminate the risk of hitting workers’ heads,” explains Hill. It’s a straightforward example of a “one off” change to enhance safety, but it also shows how Cincinnati Children’s has empowered its team members to make the changes necessary to entirely remove hazards.

Where mistakes are made: Elimination is a step safety leaders know in concept, but implementation can be difficult. Next, if you are able to entirely eliminate a hazard, be sure that steps are taken so that hazard isn’t unintentionally added back into the work environment.

Substitution involves taking a hazardous situation, component, material, and/or piece of equipment and switching it out with another that does not have that same hazard.

For example, if workers are dealing with a hazardous chemical, you could change out that chemical to a non-hazardous substance that no longer would be harmful to them.

Another example: at Cincinnati Children’s, they have replaced needles utilized for medication administration with “safety” needles that have modifications. This substitution enhances the protection by creating a barrier between clinical staff and the needle. That change has been made across the organization, says Hill.

Where mistakes are made: Sometimes cost is a factor that prohibits substitution from taking place, whether it be purchasing new equipment or materials that will cut out the risk. While expense may be an issue, keep in mind the total cost picture.  A substitution may have an immediate cost impact, if you can eliminate or reduce injuries, you can save substantially overall.

In other cases, quality may be affected if substitutions are made. All in all, re-assess where you are at when it comes to solutions that could be alternatives that would provide workers with less risk; it’s your duty and responsibility to make sure that substitution is used when it can be (2).

Engineered controls look to isolate people from an identified hazard. As a result, they aren’t getting rid of hazards, which is why they shouldn’t be the first step you take in managing safety.

An example of an engineered control is fume hoods which remove airborne contaminants. Other common ways of implementing engineering controls include changing something about a facility, altering equipment, or doing something to a procedure that would help to reduce risk (1, 2).

Where mistakes are made:  Engineering controls can mistakenly be the first place leaders look when it comes to safety, despite how elimination and substitution should always be pursued first.

In these cases, sometimes leaders are acting under a false sense of security about the changes they’ve implemented. Be sure to really challenge whether or not there’s a better solution before implementing these controls.

You can take the steps to follow and support safe work practices, and part of that altering the way people perform their work so that you can reduce risks they have on the job. In general, these controls are changes that can include safety policies, rules, supervision, schedules, and training.

This does not eliminate the hazards—the goal at this level is about reducing risk, which is why it’s not the preferred way of supporting long-term safety.

For Cincinnati Children’s, part of this involves risk assessments that evaluate the level of potential aggression/violence from certain patient populations, followed by action that reduces risk based on their findings. “In healthcare, we don’t stop delivering services based on patient condition, but we work to have better advanced prediction, mitigation, and altered behavior by humans involved in the work,” says Hill.

What that looks like: Cincinnati Children’s puts resources towards predicting the frequency, duration, and/or intensity of aggression, and then the staff develops plans to prevent, mitigate, or reduce that aggression accordingly.

Where mistakes are made: Warnings can only go so far in any organization, and sadly they are often be ignored! Second, be sure you look at these controls in the context of the other controls you have in place (2).

When companies don’t have enough training and tools to support employees, administrative controls will also fall short. Another problem can be when there’s no way for workers to report something that’s a problem on work site; combined, these factors can leave workers at unnecessary risk.

PPE s often one of the first things leaders look at when it comes to safety, but often shouldn’t be.

PPE can be easy to purchase, quick to “implement,” and it can be cost effective, too. At the same time, it can give a false sense of security that you’re taking the right steps to protect the health and safety of workers.

When PPE is effective, it’s because it’s being used after a leader has gone through the hierarchy of controls. It’s also going to be more effective if it’s the right PPE for the job, it’s well-maintained, training is sufficient, culture supports it, and workers know and fully embrace its importance (2).

Where mistakes are made: The biggest mistake your company can make is to turn to PPE first, or to solely rely on PPE, instead of looking to see if there are ways to completely eliminate hazards.

If workers don’t feel accountable to themselves or to the company, a culture of complacency can also work against PPE controls that are in place.

Implement the Right Safety Controls in Your Workplace

Safety is mission critical to your organization. Move from a painful, paper-based process to a data-driven approach that eliminates information silos to enable collaboration and action. Learn more about iReport, your easy-to-use, all-in-one digital app and platform that lets you equip any employee to report hazards, safety suggestions, near misses, and even incident reports from the field to reduce total time from incident to resolution.