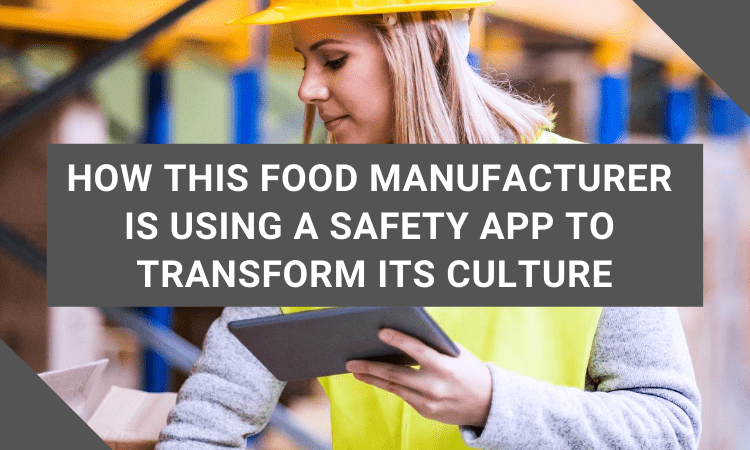 Safety is created and fostered through strong culture—a culture where employees feel deeply tied and connected to safety outcomes.

That’s just one piece of wisdom shared by Vi Hartfield, Corporate Health & Safety Manager/Leadership at Rudolph Foods when we sat down with her to talk about how they’ve adopted safety technology, and the transformative impact it’s had on their organization.

“One of the biggest changes for us is that we’re not reactive; we’re able to be proactive with safety,” says Vi. “Being proactive—on a consistent basis—has been so huge for us,” she adds.

As the world’s largest producer of pork rinds, Rudolph Foods has been producing the best tasting pork rinds for more than six decades. They have a deep commitment to quality and taste, and they also have that same commitment to worker safety.

Keep reading to see how Rudolph Foods’ culture has evolved since adopting a safety app to help foster a culture of safety ownership.

Vi says that years ago, before adopting any safety technology to help manage everyday safety, compliance wasn’t engaging people as much as possible. “Safety was more seen in terms of checking a box—as in, something that just needs to get checked off a list, something they needed to get completed,” explains Vi.

But iReportSource shifted that mentality over time, giving employees a way to be fully involved in the day-to-safety efforts. Instead of a focus on compliance or paperwork alone, which tends to be more reactive in nature, iReportSource gave them a proactive way to reinforce the right behaviors. It also gave workers the ability to see the impact they were having on culture and the organization.

“In the past, some may have had a fixed mindset around safety where it is just about compliance, but that has changed. Now it is participative safety and it is about safety for everyone–employees to supervisors to senior leaders–everyone gets to participate now. Any supervisor can capture a walk-around, and everyone is much more involved,” explains Vi. 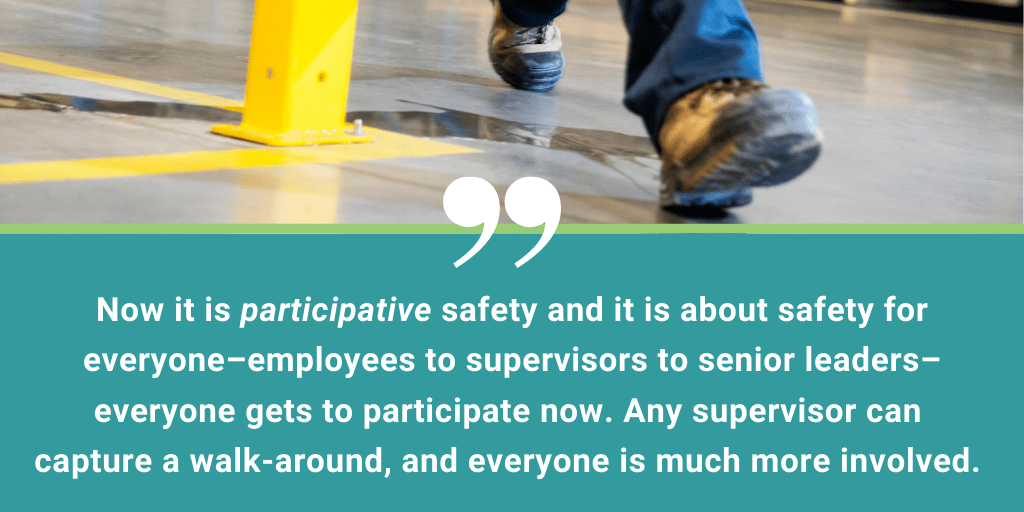 “We can ask an employee now, ‘You tell us, what are your findings at your location?’ and they are excited to be involved in that way.” Today, team members are more invested and involved in safety than ever before.

A major insight from Vi is just how much safety technology has given each and every worker a voice, helping them to feel valued and appreciated. “Our genuine listening to employees is what brings safety to life,” she explains.

Leaders embrace employees’ perspectives, feedback, and their overall input, and that’s been such a shift in the culture over time, explains Vi. “We don’t want people hiding anything, and so how do we do that? We take what they say to heart, and then we do something about it, and let them know what we did about it.” Listening to employees in this way has helped to continue to foster a culture of deep trust at Rudolph Foods, too.

Vi says adopting safety technology has also made it possible to reward and reinforce the right behaviors in team members, and collectively. “We have a reward system for employees to encourage the right behaviors. We can tie those desired behaviors to the rewards, and employees are even part of that entire process,” she says.

One thing is clear: Employees enjoy being a part of the solution at Rudolph and they have a high degree of trust in the safety culture that’s developed, by design. “As an example: team members can look forward to reporting a near miss because they know they will be rewarded. But much more importantly, they know they are identifying something that can be improved for others and that’s changed our safety culture,” says Vi.

Employees Have a Strong Sense of Safety Ownership

Now that team members feel they have tools that involve them in safety and decision-making around safety, employees have taken true ownership of their safety. Three examples of how that shows up include: 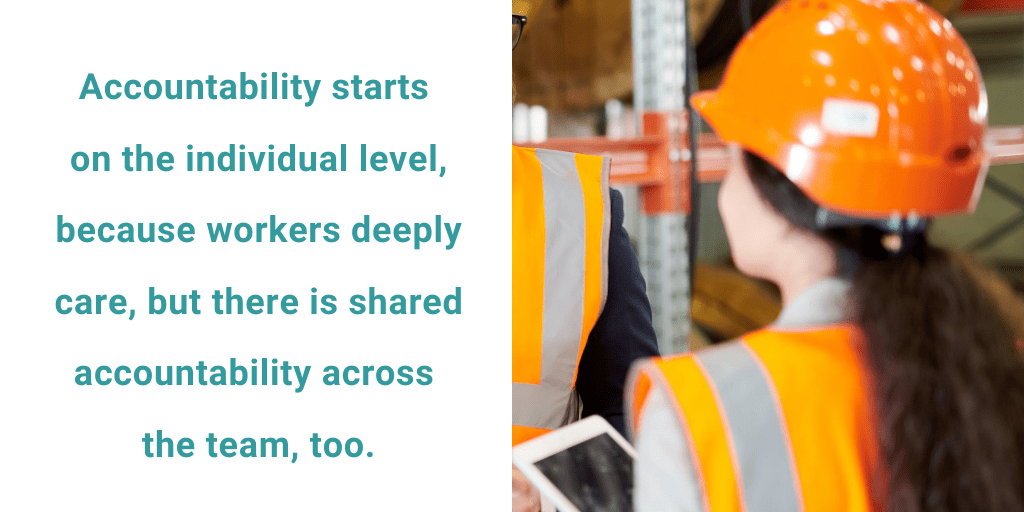 One of the simplest, but most rewarding things about adopting a safety technology has been the change in communication. Now, everyone who needs to can receive notifications so they are always up-to-date on what’s happening with safety.

“We all know what has happened, firsthand, and we can get the support from senior management, which is huge. When they receive a notification, it brings another perspective on things, so it’s changed how we share key information in the company,” explains Vi.

Another example: if and when notifications happen after hours, there is no delay in that notification being delivered or known about. “If there was a near miss or accident, no matter the shift or the time of day, we can capture that all and be notified about it all. It is life changing,” says Vi.

No One Is Unintentionally Left Out of Safety

Vi says another benefit of adopting a safety management system has been that third shift is no longer missing out on critical parts of the safety program. In the past, sometimes they would miss out on certain trainings or certain tools wouldn’t be available to them because of it being third shift.

“They are totally involved in safety now. They can do the same thing and access the same tasks, the same training, and the same tools that all other workers have.”

Corrective Actions Happen—And They Happen More Quickly Than Ever

Adopting iReportSource has allowed Rudolph Foods to be more mobile than ever. That includes performing risk assessments, safety walk-arounds, hazard identification, and even corrective actions, to name a few things they can do on-the-go.

“What’s happened is that we now have the corrective actions captured, and captured accurately. Now we can take preventive measures and we can break down a certain behavior and see in this process, what can we do differently on this? It’s not about blaming an employee, but we’re just able to capture more data and use that data now,” she explains. “It makes me smile to say that and to see how much we’ve changed how we record near misses.”

“People see their role now, and they want to drive things to completion with the help of iReportSource. Were able to capture numbers, with their phone, and then they can see the report Then, they want to close out that report and they want to submit that, so it gets done. That’s huge,’ says Vi. “Something that before will take us probably a week to submit all the risks or hazards so that they can get them fixed, iReportSource has cut the time in half for us.” 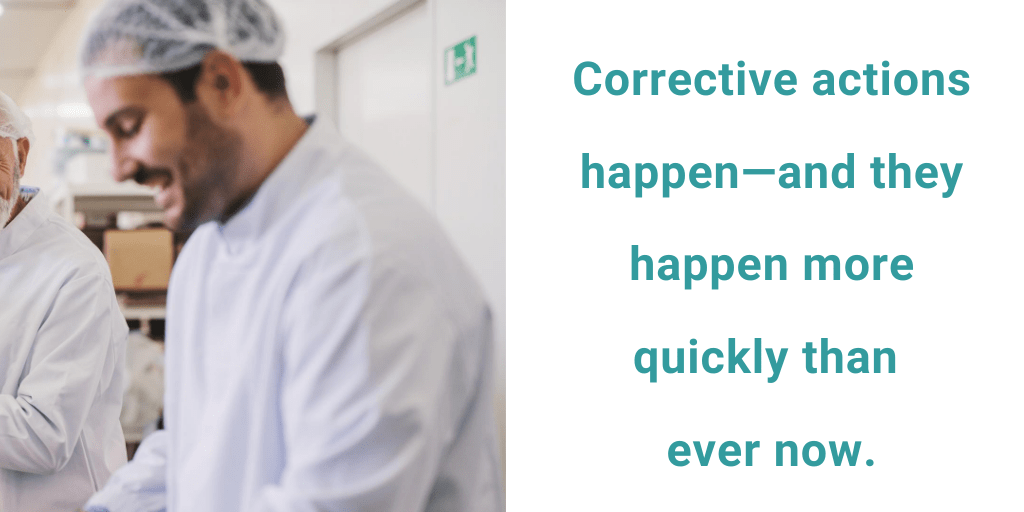 All in all, Vi knows the work on fostering a healthy culture that supports safety is never “done”. It takes time to evolve and grow a culture of safety and it takes an investment of resources and a willingness from all team members—from the frontline to management.

Injury and claim management, training, safety audits and risk assessments, near miss and behavior observation, OSHA reporting and compliance, walk-arounds, and so much more: iReportSource is here to help you with every aspect of “everyday safety.” Learn more about digitizing your safety program and engaging your workforce today.

7 key ways to keep your workers involved and engaged in your “everyday” safety...

4 key areas a safety management system ought to help strengthen and support.

How This Manufacturer Uses Leading Indicators to Improve Safety

How Rudolph Foods defines effective leading indicators, and how the culture has shifted since...