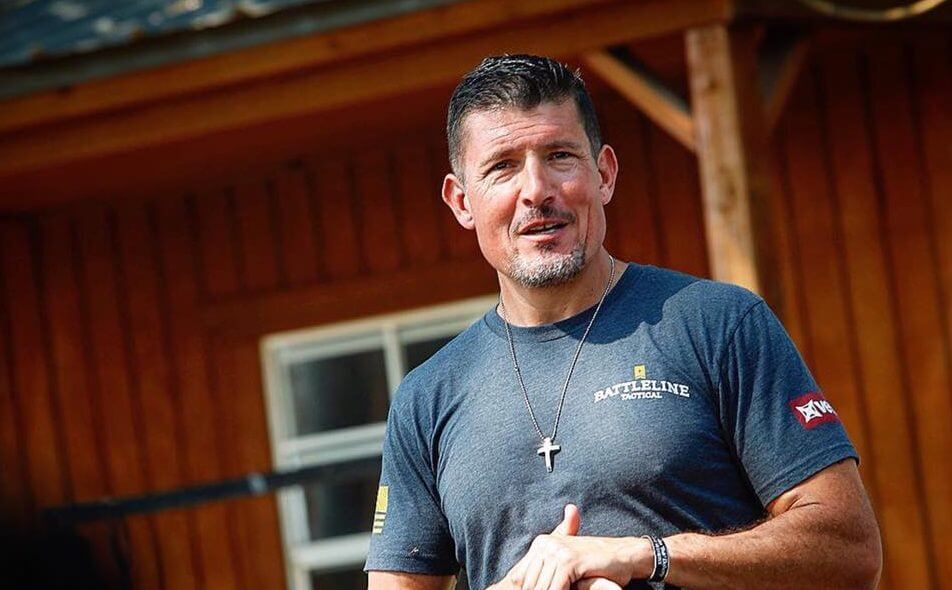 In this podcast episode, I take a break from the technical topics to which my readers and podcast listeners are accustomed. I wanted to interview someone from outside normal safety circles, someone that can bring a unique perspective on the values we want to hold as safety professionals: integrity, honesty, teamwork, never-quit attitude. Please be sure to listen to the interview as it is not transcribed here. Please read more about Kris below.

Kris Paronto – “Tanto” as he is affectionately known in security contracting circles – is a former Army Ranger from 2nd Battalion 75th Ranger Regiment and a private security contractor who has deployed throughout South America, Central America, the Middle East, and North Africa. He also worked with the US Government’s Global Response Staff conducting low profile security in high threat environments throughout the world.

Mr. Paronto was part of the CIA annex security team that responded to the terrorist attack on the US Special Mission in Benghazi, Libya, September 11th, 2012, helping to save over 20 lives while fighting off terrorists from the CIA Annex for over 13 hours. Mr. Paronto’s story is told in the book “13 Hours” written by Mitchell Zuckoff and his five surviving annex security team members. When Kris began talking with civilians about his experiences fighting the terrorist attack on the US State Department Special Mission Compound in Benghazi, Libya on September 11, 2012, he was surprised at how often people told him that the story of his extraordinary battle gave them the courage to face tough times in their everyday lives. “The odds were stacked against us that night but the truth is that we refused to quit and we beat them with faith, teamwork, and the principles that were first instilled in me when I joined the Army. You can find those in the Rangers Creed and the Army Values,” he says, “and you don’t have to be a Special Operations soldier to use them.”

In The Patriot’s Creed, Kris uses the seven core Army Values that all soldiers learn in Basic Combat Training, and the experiences of other servicemen and women and First Responders, to explain how anyone can improve themselves, the world around them, and live a heroic life. The stakes are dramatic for the brave men and women who put their lives on the line to fight for America, and too many of their acts of courage and honor are unknown. The examples of their persistence and discipline will be inspiring to anyone facing seemingly insurmountable obstacles.

At a time of national polarization, Kris draws attention to values all readers can share and use, and to the honor, integrity, and courage of true patriots who have gone to great lengths to protect and serve. They embody the best of us and make Kris Paronto proud to be an American soldier. Thousands of people have heard Kris “Tanto” Paronto speak about his experiences in Benghazi on September 11, 2012. But before he was a security contractor, Tanto was a US Army Ranger from the 2nd Battalion 75th Ranger Regiment. Rangers are trained to lead by being pushed to their physical and mental limits so that they can perform against impossible odds in punishing situations.

In THE RANGER WAY, Tanto shares stories from his training experiences that played a role in his team’s heroic response in Benghazi as he explains the importance of demanding excellence when you commit to improving your life. He shows you how to define your mission, set goals that are in alignment with your values, and develop a battle plan that will maximize your chances of success. You will learn why you should never quit and why that is different from never failing. Tanto uses his experiences in Basic and Ranger Training to explore how to deal with mistakes and disappointment like a leader, accept responsibility, and turn every obstacle into an opportunity for growth. You will learn why being of service to others, and being willing to sacrifice, will help you succeed, and how the power of humility, strength, faith, and brotherhood will sustain you on the road to accomplishing your mission. The harrowing, true account from the brave men on the ground who fought back during the Battle of Benghazi. 13 HOURS presents, for the first time ever, the true account of the events of September 11, 2012, when terrorists attacked the US State Department Special Mission Compound and a nearby CIA station called the Annex in Benghazi, Libya.

A team of six American security operators fought to repel the attackers and protect the Americans stationed there. Those men went beyond the call of duty, performing extraordinary acts of courage and heroism, to avert tragedy on a much larger scale. This is their personal account, never before told, of what happened during the thirteen hours of that now-infamous attack.

Listen to this interview for Kris’s perspective on life, the importance of aligning goals with the mission, and living a life of integrity no matter what obstacles you face.